How to Store Weed to Prolong its Shelf Life 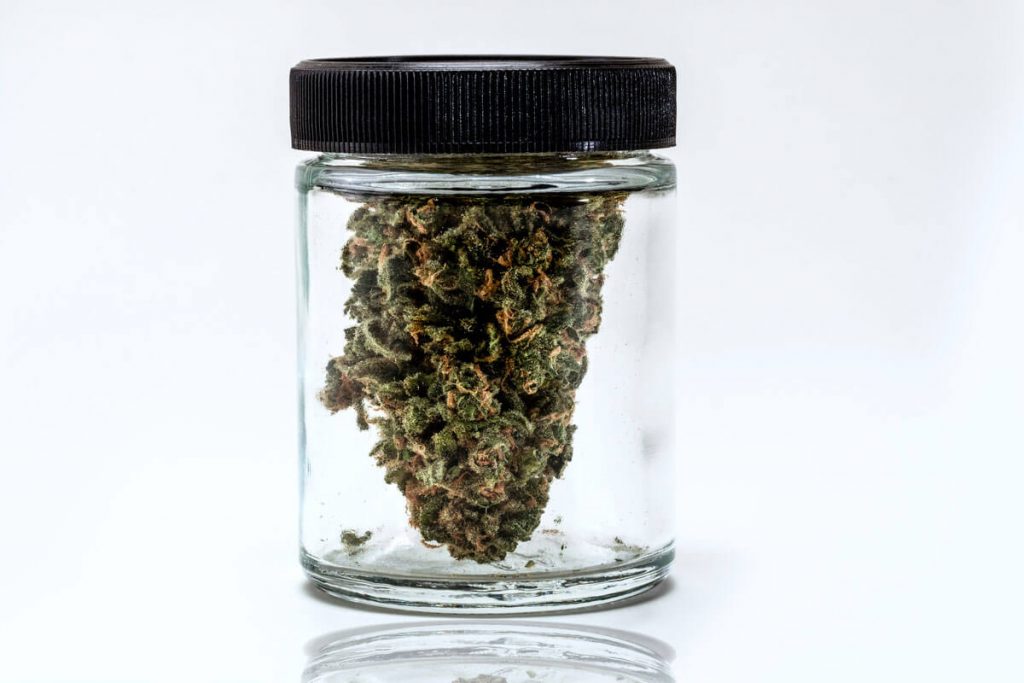 Every day, manufacturers of weed have become more sophisticated in terms of packaging their products; they added features of maintaining its fresh quality like new because weeds have its own expiration date too. With numerous factors that interfere with the shelf life of weed, it is important to understand how to store weed to maintain not only the best quality of it but also the freshness when used.

It may sound easy, but knowing how to store weed takes a lot of factors to consider and eliminate that triggers the degradation of its quality. This article will help you understand how to store weed and what are the components that help and destroy its freshness. Let’s take a look below.

Understanding the ways on how to store weed appropriately can help maximize your experience and the effects of weed. Most importantly, the key to the long shelf life of weeds is the limitation of exposing it to certain elements. Below is the most comprehensive guide on storing weed and how to prolong the shelf-life.

Guide on How to Store Weed

The method on how to store weed matters on the temperature it needed. There is a possibility that molds will develop when the weed is stored in a space with 77 degrees to 86 degrees Fahrenheit. Hence, thriving space for weeds is dark and cool. Additionally, low temperature allows minimal decarboxylation of its cannabinoids, which transforms THCA into a psychoactive compound, THC.

Warmer temperatures, on the other hand, delivers heat that dries out the terpene and cannabinoids of the weed. When this happens, the weed will give a harsh feeling when smoked. It likewise carries warm air that develops unfavorable moisture.

To keep molds, mildew, and other impurities from your weeds, regulating the humidity level of the container or area is a crucial factor method on how to store weed properly. It will keep your weed from degrading and remains authentic to its nature. Ideally, the relative humidity of approximately 59% to 63% is a suitable level to maintain that enables the weed from lessening its flavors, scents, pigment, and consistency.

It is a crucial factor for the reason that, the moment the relative humidity reaches below the ideal level, like 65%, it could develop molds that would be unpleasant in storing weed. When it lowers than the ideal RH, it may cause trouble to the trichomes and become suddenly dry and brittle due to lack of fundamental oils.

Thinking of how to store weed can involve several factors, like management of light. As known, light encompasses UV rays, which are innate to nature. When this UV rays struck down your plants, it will break the material composition of it over time. This is similar to light will fade a car’s paint and grass turning brown when exposed to the long summer season.

According to studies, UV rays from light is the prominent factor that causes the cannabinoids to degrade. It is important to maintain the stability of cannabinoids because it is believed to help in the maintenance of its effectiveness and safety when consumed. When stored properly, the cannabinoids can endure up to two years before it naturally breaks down gradually. Protect your weed away from sunlight or UV exposure at all times.

Air composed many substances and mainly oxygen. When the oxygen is exposed to weed, it could potentially damage its shelf life and rapidly oxidized it. To prevent weed oxidation, it needs to be stored in an air-tight storage or glass mason container where oxygen can go through. It allows the full sealing of the weeds from inside and prevents from accidentally exposing it to air. With this, the storing process of the weed could be last longer and extend its shelf life. Also, the terpenes are ensured to preserve and last longer in an airtight container.

It may seem confusing that oxygen hinders the longevity of weed and part of how to store weed properly since oxygen is the main source of life of plants during the thriving period. But in terms of storing, the role of oxygen occurs differently. Rather, it causes degradation of cannabinoids in a much faster manner.

It is recommended on how to store weed that when attempting to store a huge amount of weed, separate them accordingly into parts and carefully use parchment paper to wrap it around. This prevents you from constantly exposing your weed every time you need to open it to get something out. When they are exposed too many times, they will be exposed to too much oxygen around the surrounding.

When oxygen exposure occurs, the psychoactive compounds of the weed, mainly the THC, will be converted into cannabinol that is also composed of psychoactive impacts but in a mild sense. It is nothing compared to the effects of THC on the body and mind. If you don’t want theta to happen, make sure that to follow this step on how to store weed.

Storing Variety of Weed Together

As convenient as it may seem, storing weed together with other cannabis products is a big no-no when trying to prolong the shelf life. When stored together, the tendency would allow the products to absorb the important matters from each other leading to a drastic change of their consistency, flavors, and taste.

Always separate them in different stores to ensure that flavors and other admirable factors of weed are intact inside. Make sure that you label them properly so it will not be mixed up and get confused, which is which.

On the other hand, weed pieces of equipment like pipes and grinders are not recommended to be stored together with your weed. This is not ideal on how to store weed and lengthen the shelf life. The remaining ash from a freshly decarboxylated weed will linger to the weed and makes the storage stink. It is an unwritten rule to keep your pieces of equipment away from your unused weed not just for extending your weeds’ life but for cleaning etiquette as well.

Amazing as it may seem to store weed inside a refrigerator, but it is quite complicated in reality. The cool temperature inside seems appealing, but the humidity of refrigerators is not ideal for storing weed because relative humidity inside is not properly maintained and controlled at the most acceptable rate. In most cases, it is higher than it should be and lead to the degradation of cannabinoids.

Also, there is a constant temperature and humidity fluctuation inside the refrigerator that causes the development of molds. If you opt for refrigerator, make sure that the weeds are vacuum-sealed entirely, or it will get and hold moisture from the air around destroying its scent and flavors.

On top of this, how to store weed does not only limit to bud protection but also including the trichomes. Trichomes will lead to a disastrous condition and get brittle when you store weed in freezing cold temperature inside the freezer compartment of refrigerator or freezers. Make sure that buds and plant materials will not hold any moisture from the air by vacuum sealing it totally. Allow returning the condition of the weed to room temperature before any attempts of re-opening.

Why vacuum seal? Well, compared to normal sealing and storing, vacuum-sealed weeds or any products, in general, will assist them from exposure to air and oxygen because vacuum sealers eliminate all the air from the bag and deter the air closer to the product.

All good stuff has its own end, and weed is not exempted from it no matter how good it is. Organic materials from the weed, including cannabinoids, terpenes, and other active components, are bound for expiration over time. Lucky for us, there are helpful ways to prevent this from happening sooner and rather extend its shelf life to fully enjoy weed’s potency and flavors.

No matter how you get it, either from growing or buying, taking care of your weed and understanding how to store weed accordingly, is the most important key in maintaining not only the quantity of the weed but also its worth quality.