How Fast Does Weed Tolerance Increase? 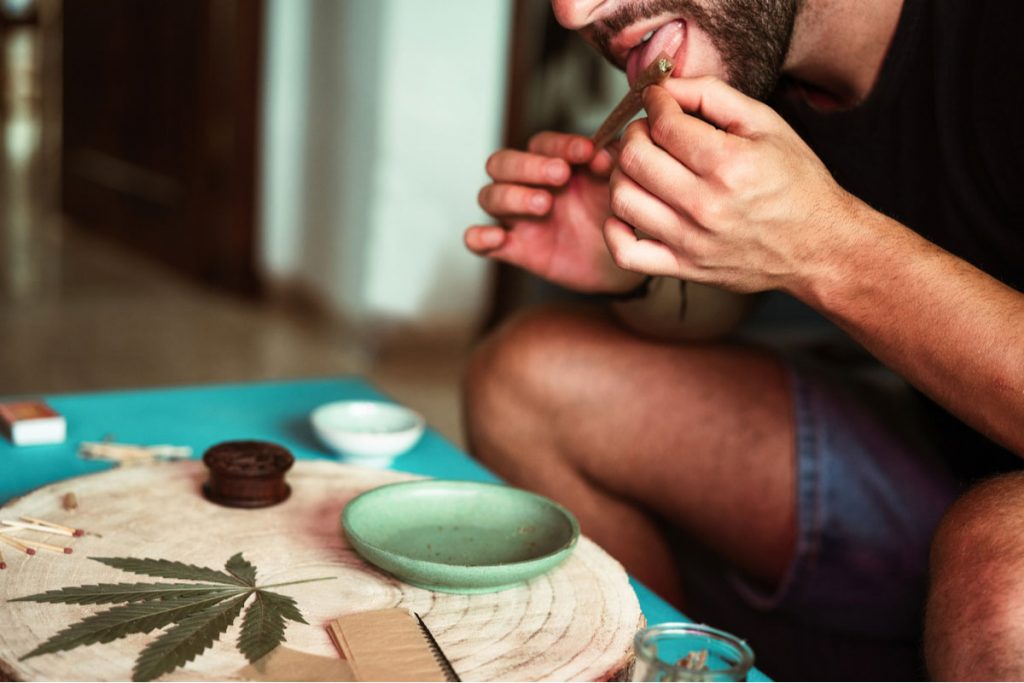 Have you ever wondered why there were times that you have to increase your dosage of marijuana for the flow high would work flawlessly? With all the different means of marijuana consumption, the amount consumed is often taken for granted. You see, unlike alcohol or other addictive drugs, the consumption of cannabis gradually increases because of dependency or repeated consumption. This is also known as tolerance. The more often you consume marijuana even in managed doses, the more chances of the THC to not provide the buzz you’re seeking for.

In this article, we will explain how fast does weed tolerance increases overtime covering the development of THC, the timeframe of weed tolerance progression as well as the right time to take a break from weed. These sections will help you in restoring the buzz marijuana provides during consumption. Considering the growing number of marijuana strains across the globe, it can gain your interest in trying different ones and taking for granted how much you have consumed.

The Development of THC

Tetrahydrocannabinol or also known as THC is the cannabinoid compound responsible for inducing the high and buzzing effects. With all the properties THC possess, how does it develop? How to know when your THC tolerance is progressing? Even though marijuana is classified as a natural psychoactive drug, how it affects the brain gradually decreases over time due to dependency or THC tolerance.

The development of THC in the body induces tolerance activities due to the repetitive activation of the Cannabinoid Type 1 or CB1 receptors.

As soon as the CB1 receptors track repetitive activation such as consumption patterns, they will further initiate activities inside the brain that will eventually lead to the process of desensitization.

Desensitization is the activity wherein the brain responds weakly to THC due to continuous marijuana consumption leading to dependence.

Right after Desensitization, it will proceed with the process of Internalization. This is the process wherein the CB1 receptors are removed from the surface of the cell. The CB1 receptors are removed because they fail to carry out the effects of THC efficiently. Frequent THC consumption overworks the receptors until they are unable to carry out their responsibilities and are further removed from the cell’s surface.

The continuous consumption of THC-dominant marijuana strains will lower its ability to take effect because of the low number of receptors available explaining how you need to increase your normal dose. When the normal dose is no longer delivering the effects of THC, it will require you to increase the dose and your body will further adjust until you don’t realize how much your weed tolerance has increased or progressed.

The Timeframe of Weed Tolerance Progression

There are two types of marijuana users. The first type of user is up for the medical properties caused by the CBD compound found in marijuana. The second type of user is seeking the recreational upliftment the THC compound can bring. Consuming CBD-dominant marijuana strains daily for medical purposes is not as risky as compared to consuming THC-dominant marijuana strains catering to recreational needs.

A regular cannabis user, someone who is consuming THC-dominant marijuana strains daily, can have their tolerance to THC quickly progress compared to occasional users. This is evaluated based on four factors – history of usage, dosage, frequency of consumption, and DNA. Based on an experiment conducted on mice, the different brain cells present can also be a factor in how fast or how slow the brain can progress in weed tolerance.

On average, the timeframe of weed tolerance progression ranges from four to six weeks. Within this period, your brain adjusts to how much you have consumed and will eventually require you to consume more. Comparing your dose from day 1 to your dose from day 60 will explain how much your weed tolerance has progressed. It can still be restored but you have to perform necessary precautionary measures to do so to avoid cases of marijuana withdrawal.

The mechanism of the brain of someone whose weed tolerance progresses faster than the others are often the ones who can quickly restore their weed tolerance quicker through undergoing abstinence. In a span of two to three weeks of THC abstinence, the behavior will be normalized and the sedating effects will gradually fade through time. We understand the need for THC but as a user, you also have to understand how much it can change your perspective.

The Right Time to Take a Break from Weed

Are you having some trouble lately in consuming marijuana? Is your usual dose no longer working the way it did before? Do you increase your dose to acquire the high or buzz marijuana brings? Then maybe these signs indicate your need for taking a break from weed. This doesn’t apply to consumers of CBD-dominant strains. Besides, they exhibit low to no high or buzzing effects as caused by THC. Read on and check out the signs indicating your need for a T-break.

The consumption of THC is challenging considering how it is required to increase over time. For beginners, low doses are a start to prevent adverse effects from occurring. Low doses are suggested to allow your brain and body to adjust and to identify if you can tolerate doses higher than usual for a beginner. One of the signs telling you to take a break from marijuana is when you have observed how much your consumption has increased since day 1.

If you’re a daily consumer, increasing THC dose is normal but risky as well. Not because you think THC can still manage to induce high effects doesn’t necessarily mean they don’t come with a price. The more you use marijuana the more your mind and body will demand THC at a higher dose and it can progress to dependency or worse, addiction.

Frustrations Due to Not Getting High

Have you ever experienced situations when your usual consumption of marijuana already increased yet you still haven’t acquired effects the way it did before? Unfortunately, this is a sign telling you that your body is getting immune to the effects of THC explaining how the continuous increase of dosage is required. For some, this is a disadvantage considering weed doesn’t usually come cheap, especially the top-notch ones. Maybe it’s time to give your brain and body to have a break from marijuana.

A week or two off THC will help in restoring the normal response of the brain from weed which is to get high. If you’re not yet ready to take a break from weed, know that sooner or later you need to do it either way. Your body becomes well acquainted with the cannabinoid compounds such as THC. Instead of allowing marijuana to relieve the stress and tension life brings you experience frustrations causing stress.

Reliance on the Effects of THC

If you’re the type of person who never gets by a day without consuming marijuana, you might want to consider trying to take a week off marijuana. Being dependent on marijuana will lure you in increasing your consumption as time goes by which is a negative thing considering that it can progress to addiction. When you rely on the effects that THC brings, that can already be a problem considering that the effects are just temporary and they will wear off eventually.

When you find the effects of weed effective in battling with your daily stressors, what we highly suggest is to schedule T-breaks from time to time. It’s just a phase wherein you temporarily abstain from consuming THC for a week or two. The period given will allow you to restore your body with the THC compounds completely flushed out. Once you start consuming again, the effects of THC will be just as effective as the first time you smoked weed.

As a consumer, one of your responsibilities is to know how fast does weed tolerance increase over time. This will allow you to make necessary adjustments and schedule precautionary measures such as a THC break to prevent unwanted cases of dependency or addiction. If you’re not a fan of taking a break from weed, sooner or later you have to do it. The time will come when you no longer respond to the THC compounds when marijuana strains are smoked. Besides, this is for the benefit of your health. It’s great to enjoy the effects of THC in marijuana while enjoying the feeling of being high. Smoke marijuana responsibly, people!